1 Now these are the generations of Shem, Ham, and Japheth, the sons of Noah. And sons were born to them after the flood.

2 The sons of Japheth were

3 The sons of Gomer were

4 The sons of Javan were

Elishah, Tarshish, the Kittites, and the Rodanites. 5 From these the coastlands of the nations were divided into their lands, everyone according to his tongue, according to their families, by their nations.

6 The sons of Ham were

7 The sons of Cush were

and the sons of Raamah were

8 Cush was the father of Nimrod. He became a mighty one on the earth. 9 He was a mighty hunter before the Lord. Therefore it is said, “Even like Nimrod the mighty hunter before the Lord.” 10 The beginning of his kingdom was Babel, Uruk, Akkad, and Kalneh in the land of Shinar. 11 From that land he went to Assyria and built Nineveh, the city Rehoboth Ir, and Calah, 12 and Resen between Nineveh and Calah (that is the principal city).

13 Egypt was the father of

15 Canaan was the father of

Sidon his firstborn and Heth, 16 and the Jebusites, Amorites, Girgashites, 17 Hivites, Arkites, Sinites, 18 Arvadites, Zemarites, and the Hamathites.

21 To Shem, who was the father of all the children of Eber, whose older brother was Japheth, were sons born also.

22 The sons of Shem were

23 The sons of Aram were

24 Arphaxad was the father of Shelah,

and Shelah was the father of Eber.

25 To Eber were born two sons.

The name of one was Peleg, for in his days the earth was divided; his brother’s name was Joktan.

26 Joktan was the father of

30 Their dwelling place was from Mesha all the way to Sephar, the hill country of the east.

31 These are the sons of Shem, by their families and their language, in their lands and their nations.

32 These are the families of the sons of Noah, according to their generations, in their nations. From these were the nations divided in the earth after the flood.

1 Now the whole earth had one language and the same words. 2 As the people journeyed from the east, they found a plain in the land of Shinar and settled there.

3 They said to each other, “Let us make bricks and bake them thoroughly.” And they had brick for stone and tar for mortar. 4 Then they said, “Come, let us build us a city and a tower, whose top will reach to heaven, and let us make a name for ourselves; otherwise we will be scattered abroad over the face of the whole earth.”

5 But the Lord came down to see the city and the tower that the sons of men built. 6 The Lord said, “The people are one and they have one language, and this is only the beginning of what they will do; now nothing that they propose to do will be impossible for them. 7 Come, let us go down and there confuse their language, so that they may not understand one another’s speech.”

10 These are the generations of Shem.

16 Eber lived thirty-four years, and became the father of Peleg. 17 Eber lived after the birth of Peleg four hundred and thirty years, and had other sons and daughters.

18 Peleg lived thirty years, and became the father of Reu. 19 Peleg lived after the birth of Reu two hundred and nine years, and had other sons and daughters.

20 Reu lived thirty-two years, and became the father of Serug. 21 Reu lived after the birth of Serug two hundred and seven years, and had other sons and daughters.

22 Serug lived thirty years, and became the father of Nahor. 23 Serug lived after the birth of Nahor two hundred years, and had other sons and daughters.

24 Nahor lived twenty-nine years, and became the father of Terah. 25 Nahor lived after the birth of Terah one hundred and nineteen years, and had other sons and daughters.

27 These are the generations of Terah.

31 Terah took his son Abram and his grandson Lot, son of Haran, and his daughter-in-law Sarai, his son Abram’s wife, and they went out together from Ur of the Chaldeans to go into the land of Canaan; but when they came to Harran, they settled there.

32 The days of Terah were two hundred and five years, and Terah died in Harran.

1 Now the Lord said to Abram, “Go from your country, your family, and your father’s house to the land that I will show you.

2 I will make of you a great nation;

I will bless you

and make your name great,

so that you will be a blessing.

3 I will bless them who bless you

and curse him who curses you,

and in you all families of the earth

4 So Abram departed, as the Lord had spoken to him, and Lot went with him. Abram was seventy-five

6 Then Abram passed through the land to the place of Shechem, to the oak of Moreh. The Canaanites were in the land at that time. 7 The Lord appeared to Abram and said, “To your descendants I will give this land.” So he built an altar to the Lord, who had appeared to him.

8 From there he continued on to a mountain to the east of Bethel and pitched his tent, having Bethel on the west and Ai on the east. There he built an altar to the Lord and called on the name of the Lord. 9 Then Abram continued his journey toward the Negev.

10 Now there was a famine in the land, so Abram went down to Egypt to live there, for the famine was severe in the land. 11 When he was getting near to Egypt, he said to Sarai his wife, “I know you are a beautiful woman. 12 Therefore, when the Egyptians see you, they will say, ‘This is his wife.’ They will then kill me, but they will let you live. 13 Say you are my sister so that I may be treated well for your sake. Then my life will be spared because of you.”

14 So when Abram entered Egypt, the Egyptians saw that Sarai was very beautiful. 15 The princes of Pharaoh saw her and commended her to Pharaoh, and she was taken into Pharaoh’s house. 16 He treated Abram well for her sake and he had sheep and livestock, male and female donkeys, male and female servants, and camels.

17 But the Lord afflicted Pharaoh and his house with great plagues because of Abram’s wife, Sarai. 18 So Pharaoh called Abram, and said, “What have you done to me? Why did you not tell me that she was your wife? 19 Why did you say, ‘She is my sister’? I might have taken her as my wife. Now here is your wife; take her and leave.” 20 Pharaoh commanded his men concerning him, and they sent him away with his wife and all that he had.

1 Then Jesus was led up into the wilderness by the Spirit to be tempted by the devil. 2 And He had fasted for forty days and forty nights, and then He was hungry. 3 And the tempter came to Him and said, “If You are the Son of God, command that these stones be turned into bread.”

4 But He answered, “It is written, ‘Man shall not live by bread alone, but by every word that proceeds out of the mouth of God.’”

5 Then the devil took Him up into the holy city, and set Him on the highest point of the temple, 6 and said to Him, “If You are the Son of God, throw Yourself down. For it is written,

‘He shall give His angels charge concerning you,’

‘In their hands they shall lift you up,

lest at any time you dash your foot against a stone.’”

7 Jesus said to him, “It is also written, ‘You shall not tempt the Lord your God.’”

8 Again, the devil took Him up on a very high mountain and showed Him all the kingdoms of the world and their grandeur, 9 and said to Him, “All these things I will give You if You will fall down and worship me.”

10 Then Jesus said to him, “Get away from here, Satan! For it is written, ‘You shall worship the Lord your God, and Him only shall you serve.’”

11 Then the devil left Him, and immediately angels came and ministered to Him.

12 Now when Jesus heard that John was put in prison, He left for Galilee. 13 And leaving Nazareth, He came and lived in Capernaum, which is by the sea, in the regions of Zebulun and Naphtali, 14 that what was spoken by Isaiah the prophet might be fulfilled, saying:

15 “The land of Zebulun and the land of Naphtali,

the way to the sea, beyond the Jordan,

Galilee of the Gentiles:

16 The people who sat in darkness

And on those who sat in the land of the shadow of death,

17 From that time Jesus began to preach, saying, “Repent! For the kingdom of heaven is at hand.”

18 As Jesus walked beside the Sea of Galilee, He saw two brothers, Simon called Peter, and Andrew his brother, throwing a net into the sea, for they were fishermen. 19 And He said to them, “Follow Me, and I will make you fishers of men.” 20 They immediately left their nets and followed Him.

21 And going on from there, He saw two other brothers, James the son of Zebedee and John his brother, in a boat with Zebedee their father, mending their nets, and He called them. 22 They immediately left the boat and their father and followed Him.

23 Jesus went throughout all Galilee, teaching in their synagogues, preaching the gospel of the kingdom, and healing all kinds of sickness and all sorts of diseases among the people. 24 His fame went throughout all Syria. And they brought to Him all sick people who were taken with various diseases and tormented with pain, those who were possessed with demons, those who had seizures, and those who had paralysis, and He healed them. 25 Great crowds followed Him from Galilee, the Decapolis, Jerusalem, Judea, and from beyond the Jordan. 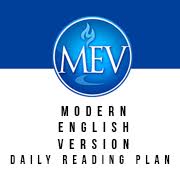